I’m so lazy. Many new stuff, and it takes so long to write something. But here they are, some new records at my stock…

I got a package from Zoharum with some new interesting stuff: 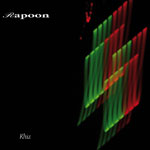 Mellow beat-driven Electronica with some fine atmospheres and “additionals” like guitar tunes, piano chords or ethnic influences (#1, “Gupta Highway”) or just a little taste of Kraftwerk (#2, “Ho Gaya Can”). Nice for nodding your head and luffing your feet, but altogether no music to remember. 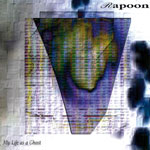 Beat driven mid-tempo music with haunting atmospheres and cool samples. For me the most exciting release I heard from Rapoon so far. The second CD is a remix CD of the first one. If I hear it in a row, I can’t find much difference. May parallel hearing helps 😉 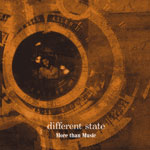 Re-release of two album from 2005 and 2006. Not easy to classify, because this music bares so many influences / sources: Jazzy saxophon and analogue beats, sing-a-long-melodies, Ambient, some (psychedelic) Rock elements and so on. Interesting but no easy listening. 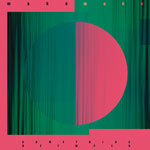 Makemake – Something Between (CD, Zoharum)

The title fits well: Something between. Field recordings meet skillful guitar playing, experimental sound collages meet Free Jazz and gentle, dreamy melodies. All together nice, but a bit top-heavy for me. 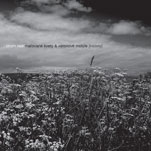 Drone Ambient. Nothing else to say. It’s OK, but nothing to keep. No special sounds, no samplings only light Drones in several layers. Sometimes there are some instruments involved, but I’m not sure.

This are the „remains“ from a fine concert at club|debil…

2nd album of this Spanish Rhythm Industrial project. 4 long pieces. The first two are impellent rhythmic and a bit more harsh and noisy than the tunes from their fellow countrymen Esplendor Geometrico. Track 3 is (most of the time) a haunting Ambient piece with an adjuratory voice. Track 4 is an insistent mid-tempo piece with a cruel voice. All together a fine album, also released on vinyl. 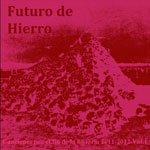 This compilation contains seven songs from the early years of this project. The sound is still a bit rough, but full of energy. Most pieces are in a Rhythm Industrial style but with breaks and noises, mixed with strange ideas. So FdH stand out of this scene, that’s to often happy with the most easy way of composition. The only thing to criticize is the length of the CD. 33 min and “Volume 1” is not a good combination. 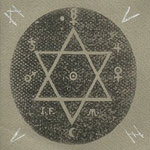 Very strange and varied record by the Futuro De Hierro guy, spanning from Ambient to Psychedelic Rock, from shanting to pure cacophonies. Interesting experimental D.I.Y. release, you can listen several times without getting bored.

And this are some „savings“ from this years WGT… 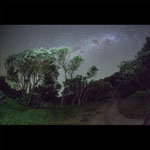 Esben And The Witch – Older Terrors (CD, Season Of Mist)

After the debut “Violet Cries” somehow landed on my computer, I liked this band. Besides seeing them a few years ago at WGT with an impressing gig, I didn’t follow the band. So “Older Terrors” is already their 4th album (plus a split with Thought Forms) and this time I took the chance to buy it after another fantastic gig in Leipzig. A good decision, I think: 4 epic Post Rock tracks full of dark energy topped with the vivid voice of Rachel Davis, somewhere between heavenly melancholy and suffering. 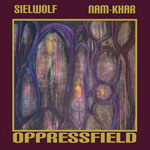 Second co-operation of this really different project with an outcome closer to the sound of Nam-Khar. After listening to first split “Atavist Craft”, released in 2015, I would say, this is even more Spartan Ritual Ambient with some martial outburst on the final track “Exorial”. Best listened to very loud. A bit sad is the 1990ies indie-label-aesthetics of the CD-cover. This could be done with a bit more passion…

WTF – is this DAF? No, it’s Schwefelgelb, at “In Gelbtönen” really sounding like one of the 1980ies minimal / synth bands, but of cause more powerful. The rest sounds a bit more modern / technoid with punchy beats and a slice of madness, sometimes reminding me of Sven Väth. 4 nice Disco tunes for the next party and suitable for EBM and Techno lovers as well. Nice concert at WGT…