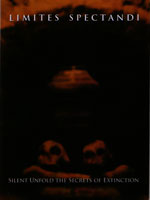 This album, already released in 2011, was handed out to me by it’s creator Michał Skotarek after a concert at club|debil and I have to confess, that I really love this melancholic but filmy album. Dark Ambient meets Neo-Classic, enriched with field noises and Samples. I was asking different friends and the had all the same association: Raison D’Etre. It’s a shame that this projects has only a promo and this CDR have been released, but the artist states, that one new full-length album „Immersion into Depth of Contemplation and Grief“ has been completed and is waiting for release. Hope this happens soon! 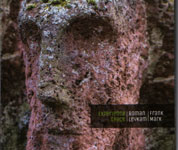 Another CD from this label / artists and it causes me the same problems as before. I won’t damn this work, because the two musicians know what they do, but I don’t “get warm” with this complicated, jazzy hand craft work. I can’t see a red line and it doesn’t touch me at all. But the artwork is fine! 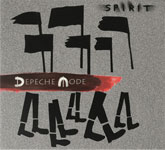 I got the limited edition of the new Depeche Mode album with an extra CD with mixes. As an “old” DM fan, listening to the band since the mid 1980ies I still think, that the early years were their best. But “Spirit” is a good album too, growing with each run-through. Just good Pop music, dealing with topics aside the typical boy meets girl stories. The voices of Dave and Martin are still outstanding and characteristic. For my taste the music could be a bit more reduced and electronical, but this time is over, I know.
To choose “Where’s the revolution” as a single was a good decision – one of the best songs of the album. Also great are “You Move” and “So Much Love”.
The six remixes are fine, adding some extra to the songs. The Frenetic Mix of “Scum” makes an Ambient track out of the song. “Poison Heart” and “Fail” are trippy, the “Machine Mix” of “So Much Love” totally destroys the song, burring all melody under straight beats. 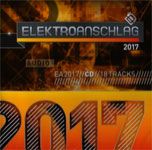 Another issue of Elektroanschlag festival has passed and left are good memories and this sampler. The 18 songs cover a broad range of independent Electronic music, from Dream Pop to Power Electronics and from Ambient to Hard Tech and Noise. Even a song with skillfully played guitars is on that CD (Kokomo). Nice souvenir and a good collection of interesting acts… 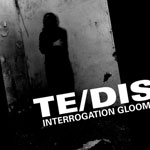 Let the analogue synthesizers roll! Great minimal pop music with a melancholic / dark attitude. Cold Wave at it’s best with a remarkable voice and catchy melodies. Hits like the opener “Twin System” or “Less Like Me” will soon be heard on the dance floor. 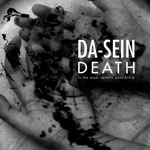 Da-Sein ‎– Death Is The Most Certain Possibility (CD/LP, Galakthorroe)

Fine November Növelet album, but why do they label it as “Da-Sein”? Stop joking, but to be honest, the differences are marginal and you have to listen very carefully to realize them. Fine noisy Psychedelic Pop but for me it’s much to close to NN. I wish the Spanish project showed a little more originality. 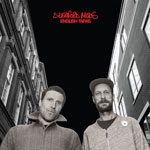 Can’t understand, why I missed this band so long… Grumpling English man, sometimes sarcastc, sometimes angry, speak-sings over simple rhythms and bass lines. A new form of rap. Really powerful and highly addictive, though I get less then 10 percent of what he’s saying. 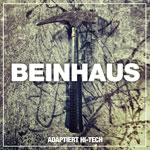