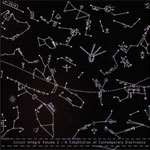 On this CD there are thee projects – Decetism, Ghosts Of Breslau and Ixora – with three tracks each. The sounds are all based on Ambient, while Detism has trippy rhythms added, the Ghosts Of Breslau keep it pure and Ixora’s got a more experimental approach using manipulated recordings and live sounds. Nice sampler, also regarding the packaging. 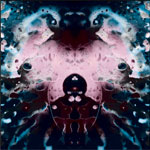 Two hours of floating “Hippie music”, organ-based recordings inspired by krautrock. Nice for smoking something or meditation. Who still regrets the old times of Tangerine Dream and early Pink Floyd will love this records. 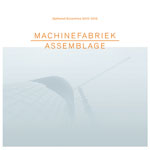 This album collects rare Machinefabriek recordings from compilations, collaborative releases and the 3-inch EP “Nerf” as well as unreleased soundtracks for films and installations from 2010-2016. The Ambient and Musique concrete tracks are more in an intellectual vein, than flowing pieces. So sometimes it catches me, sometimes not.

Fourth solo album by Maciek Szymczuk (Aabzu, Another One) on Zoharum, containing “eight compositions in which ambient sounds are intertwined with the rhythmic, trance and oriental influences”. All together Szymczuk provides fine Synthesizer feed “Dream Electronics”.

Nice, very reduced Ambient tunes by this project of Artur Krychowiak, who has joined forces with Dawid Adrjanczyk (Akpatok) and Michał Banasik (Tranquilizer). Processed guitar sonds, drones and accoustic elements create a haunting atmosphere. Track 1 has a “Tibetan” touch (due to Dung chen) while track 2 sounds a bit “Indian” (due to Sithar).

And a least a fine present from a great Italian guy! – XOVER 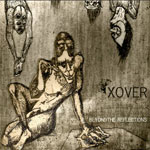 Xover – Beyond The Reflections (CDR, no label)

Intelligent Noise from Italy, spanning a wide range from Harsh Noise via Ambient to Experimental Electronica. A lot of changes, some loud some quiet passages, never boring, never tedious.
https://xover.bandcamp.com/album/beyond-the-reflections