This CDs are the outcome of a London Trip. On one day we saw Sieben. As the show was close to an end, Matt Howden was going through the audience, giving out 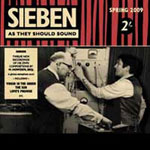 Sieben – As They Should Sound (CD, Redroom)

This is a sampler, that came out in 2009. Seems to be some kind of „10th anniversary best of“. Maximum profit for me: „The Sun“, my favourite Sieben song, is included. Great looped Violin pop tunes!

After The show I was spotting the merchandise and of cause I had to by something: 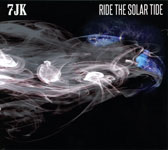 This is the actual album of Matt and Maciek Frett of Job Karma, a mixture of both sounds. Synthie pop meets Violin melancholy and some sampling. Fine, sophisticated pop music. In my eyes (and ears), 7JK has proceeded.

Next day, we went to the Hinoeuma the Malediction concert, with, among others, Sutcliffe Jugend. There I took the chance, to buy their actual album. 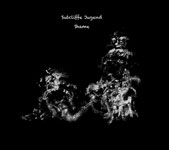 To be honest, I only have a few releases of this duo, though seeing them several times live. „Shame“ is so far the best material of them, not only dissonant, but also Power Electronics with a slide of melodic feel. Really great stuff!